Saturation Control is a location in The Blackout Club (game).

Saturation Control is a maze environment where players' eyes are forced closed and Voice symbols like those of the Adversary (old THEE-I-DARE) are visible.[1]

Players can see red outlines of each other and a path of footprints on the ground, which leads to SPEAK-AS-ONE's symbol. Multiple shape figures can be seen in the distance, but it is unknown whether they are actual shapes or illusions. [2] SPEAK-AS-ONE says that children's eyes are forced shut because "faith is blind." [3]

SPEAK-AS-ONE uses Saturation Control to test bonds and punish sinners, instructing players to follow the path. They praise those who follow the path and run though their symbol. [4]

SPEAK-AS-ONE tracks the "saturation index" of children,[5] considering hosts to be fully saturated. They use Saturation Control to force a change in their enemies[6] and alter memories, "cleansing" children of the influence of other voices.[7] Saturation Control is not perfect, and some children are too corrupt to be affected by it, especially those who follow THEE-I-DARE. [5] THEE-I-DARE's mark protects his followers when they are taken there. [8] 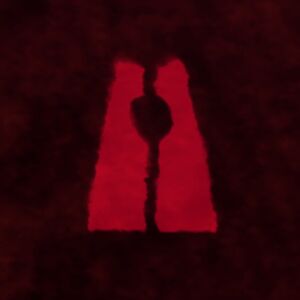 Before the Game[edit | edit source]

Bells managed to get into Saturation Control and a member of the club managed to get evidence of the CHORUS Inquest as noted in a journal entry.[9][10]

When THE-MEASURE-CUTS was allied with SPEAK-AS-ONE, he helped to design Saturation Control, refining the physical aspects of it. [citation needed]

THEE-I-DARE suspects that cells within Saturation Control are not just rooms, but "a private maze for each mind" that keeps the prisoner in and The Voices out. The cells can hold multiple people at the same time, and are also used to test bonds between hosts. [2] THEE-I-DARE once thought the price for freeing prisoners was too high, and that to free the people imprisoned, it would first be necessary to free all of Redacre. [6] THEE-I-DARE's hosts help to free children from Saturation Control, and the Voices have a way of guiding kids home when they are taken there. [8]

Isabela Madi-Shaw reached out to players, pulling them to Saturation control. She knew she was trapped, but was unsure of her location and unable to see.[12] Before taking players to Saturation Control, Bells said, "You're blacking out. I think you're coming to where I am."[13] Bells learned how to talk to the Blackout Club from a man who is trapped with her. Isabela instructed players to follow the path, telling them that the path would take them home, and that she would be punished if they refused to follow it.[14][15]

The Captive, also known as Colm Ryan, is trading Old Tongue with the Isolated Watcher in Saturation Control. Colm seeks to discover how the place works, and believes that Old Tongue is the key. [18]

According to SPEAK-AS-ONE, Bells, the Captive, and the Isolated Watcher should not be able to communicate outside of Saturation Control, so the walls within must be thinner than they previously though. SPEAK-AS-ONE says that Saturation Control was once perfect at containing information, but if it is failing, "preserving samples may be too risky". They follow up by saying, "Such a pity, for any who may care for a subject."[citation needed]

The Blackout Club Wiki has a collection of images and media related to Saturation Control. Please visit the gallery page to see additional images, media, and to add your own to the collection.

Have you had an interaction visiting Saturation Control? Consider sharing your experience here!