From The Blackout Club Wiki
Jump to: navigation, search
Smartphone 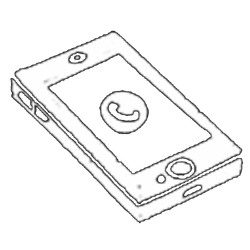 The Smartphone is an in-game item in The Blackout Club (game) used by the kids.

Use this smartphone to record evidence of the maze, its occupants, and the forces behind it. The truth is, no one will believe you if you don't have proof. The footage will help The Blackout Club "prove" that there is something weird going on and that will help us gain support in our efforts to try and stop our town from being brainwashed/controlled by SPEAK-AS-ONE.

Collecting useful footage of the maze's secrets and exiting the mission without getting suppressed will reward you with XP for the evidence you capture during that mission.

The smartphone was designed by CHORUS with similarities to an early iPhone despite being anachronistic, according to a developer from Question LLC, "so that when they hand it to you to replace your beloved new phone, entering town, it's less traumatic".[1]. Residents moving to Redacre would have any device containing a cellular chip confiscated and modified or replaced by a CHORUS device, "free of charge".[2]

Recording mission evidence with the smartphone. Evidence to record is denoted by the TV static-like overlay.

Players who have the Hacker Major Power can utilize their phone to prank call Sleepers and Lucids. Prank Call also utilizes the phone to take down cameras, drones, and traps temporarily.

Your smartphone can be used as a luminous flashlight. But beware, Lucids and The Shape might see the light.

The flashlight is needed to collect THEE-I-DARE's name fragments.

Recording evidence is key to proving what's going on in Redacre. When you have yet to record a recordable item, the item will have an overlay that looks like TV static. When you record the item, the overlay will flash and you'll hear a camera shutter click sound to indicate the item was recorded.